Brake-O-Rama Has News About TEEN DRIVERS!

With school in New Jersey back in session, our Brake-O-Rama customers have been giving us many intersting tips about teenage drivers. Many parents are concerned with their teens with their new drivers liscence and we decided to find relevent information to help our Brake-O-Rama customers understand the dynamics of what is goint on when the teenagers get behind the wheel! We hope this article we fouond on the internet helps you understand what your teen is thinking and doing when they are behind the wheel of the car! 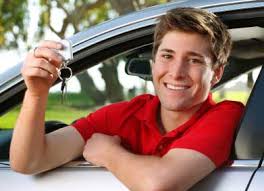 The facts are well know: teenagers have the highest crash rate of any age group in the United States, and the most dangerous time is when they drive on their own after being licensed.

But there has been little research conducted as they transition from supervised to unsupervised driving, according to the AAA Foundation for Traffic Safety, a nonprofit research and educational organization, which released two new studies on Friday in conjunction with National Teen Driver Safety Week (October 16-22) that provide insight into teenage driving behavior and their crashes during this critical period. 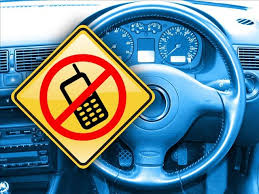 Teen drivers are about 50 percent more likely to crash in the first month of unsupervised driving than they are after a full year of experience driving on their own, and they are nearly twice as likely to crash in their first month as they are after two full years of experience, according to Measuring Changes in Teenage Driver Crash Characteristics During the Early Months of Driving.

“We know that young drivers’ crash rates decrease quickly as they gain experience,” Peter Kissinger, president and chief executive of the foundation, said in a statement. What the study tells us, he said, “is that there are a few specific abilities that we could do a better job of helping teens develop before they begin driving independently.”

Researchers analyzed the crashes of new drivers in North Carolina and found three common mistakes: failure to reduce speed, inattention, and failure to yield.  These three behaviors accounted for 57 percent of all the crashes in which teens were at least partially responsible during their first month of licensed driving. Additionally, when researchers looked at specific types of crashes in relation to how long the driver had been licensed, they found that some types of crashes occurred at relatively high rates at first then declined quickly with experience. Crash types that declined more slowly appeared to result not from lack of understanding, but from failure to master certain driving skills.

A second report, Transition to Unsupervised Driving, studied 38 families with teenage drivers in North Carolina by collecting data using in-vehicle cameras. A total of nearly 6,000 video clips were analyzed. The study followed the teens during the first six months of licensed driving without their parents in the car. (An earlier phase of the study collected data from cameras during the period when the teens were learning to drive under their parents’ supervision.)

While the vast majority of driving caught on camera was uneventful and only a small number of deliberate risk-taking behaviors were observed, the study did reflect that the teens’ behavior shifted when their parents were not present. For example, the vast majority of “close calls” involved judgment errors that seemed to indicate inexperience and failure to anticipate changes in the traffic environment.

“This research serves as a great reminder for parents to stay involved in the learning process even after the law allows teens to drive without a parent in the car,” Kissinger added.

The Foundation commissioned the University of North Carolina Highway Safety Research Center to conduct both studies.