Brake-O-Rama Auto Repairs and Tires mechanics do the best job in making your auto run smooth. We check everything to make sure our customers are happy. We also like to share important auto information we find on the web. Check out this important news for 9 popular used cars with dubious reliability!

You did everything right when buying your car: Consumer Reports, enthusiast magazines, the big automotive online sites. You even went through the trouble of visiting enthusiast forums that specialized in the exact same car that ended up on your driveway.

So how did you wind up on a first-name basis with your mechanic? This happens more than you might think. Most car buyers will spend anywhere from weeks to several months trying to find a nice daily driver — only to find out that their cherished chariot has turned out to be as rough as a worn-out mop.

New? Used? It doesn’t matter. Over time, quality always manages to reveal itself. The tough part for you is that most automotive publications will only test the new stuff, and most quality studies are only focused on first owners and short-term results.

Manufacturers use all of these sources as marketing tools, and some of the most popularized studies are not sound indicators of durability. Long-term reliability studies do a far better job, but they also have an Achilles’ heel: Most of them are either captive to their subscribers, or only have the means to survey first owners. This creates a more challenging issue called ownership bias.

Plenty of us have ridden in cars that were barely hanging on for their dear mechanical life thanks to an owner who just didn’t know anything about cars. Neglect, abuse, wear issues, and the owner’s rose-colored glasses manage to make these surveys flawed.

That’s why we decided to do something different: Measure failure. Specifically, nearly 450,000 cases of it. We co-developed a study that focuses on the exact point where the owner says, “No more!” — when they’re willing to just throw up their hands and trade in that retail product for a cheap wholesale price.

All of these vehicles were independently inspected and appraised by professional car buyers who are trained to detect mechanical and structural issues, which can be overlooked or unreported by the owners in other industry studies, and are recorded by those who have no owner bias.

What we discovered is that many of the most popular vehicles in today’s used-car market have severe long-term reliability issues when it comes to specific powertrains. One engine and transmission combination may do an outstanding job, while another may be truly abysmal.

Honda Accord: The Accord carries a stiff price premium in today’s used car market due in large part due to its reputation for reliability. Yet, the flies in the ointment are automatic transmissions for their older six-cylinder models. Honda recalled over a million vehicles way back in 2004. However, there are reports that transmission issues for those recall vehicles still persist, and our survey shows that this issue remains chronic enough to make the Honda Accord just below average in terms of long-term reliability.

Nissan Altima: Nissan Altimas with four-cylinder engines built between 2002 and 2006 experienced excessive oil consumption as a result of improper performance of the piston rings. Catalytic converters on these models also tend to break down during this same period, which scores the cylinder walls of the engine. 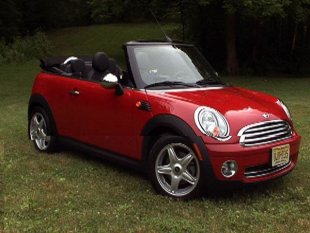 Mini Cooper: The Mini Cooper is one of the ten worst vehicles in our survey due to improper shifting of their continuously variable transmissions for the 2002 thru 2006 Mini Cooper and the 2005 thru 2008 Mini Convertible. BMW has recently settled a class action lawsuit, but our survey shows that this issue remains chronic for traded-in vehicles around the country during the last two years.

Ford F-150: Spark plugs that either blow out of the engine entirely, or break off on Ford F-150 models equipped with the 5.4-liter V-8 engine, have created an extreme spike in trade-ins that exhibit these serious engine problems. Model years 2004 thru 2008 appear to be the primary ones to avoid. However, there is also a recently settled class action lawsuit related to the 6-liter Powerstroke diesel due to engine performance and stalling issues. We believe both engines should be avoided.

Nissan Maxima: In one of the more extreme cases, between model years 2004 and 2006, Nissan coupled the CVT with an engine that offered over 260 hp. This resulted in an extreme spike of defective transmissions and led to the Nissan Maxima becoming the least reliable Nissan product in our study. Manual transmissions and non-CVT models are perfectly fine. However, we would avoid CVT models.

Mazda CX-7: Severe engine issues with the Mazda CX-7 — namely turbos and engine timing chains — has led to a shockingly high defect rate in our study. As with many of the other vehicles already mentioned, the problems have been widespread enough for several CX-7 owners to attempt a class-action lawsuit.

Honda Odyssey: Until recently the Honda Odyssey was the gold standard in the minivan market. Not anymore. From 1999 thru 2006 the Honda Odyssey experienced very high transmission rate failures, and despite earlier attempts to fix the problem, we’re finding that the problems are chronic for these model years. The Odyseey is now the worst-performing Honda-built vehicle in our study.

Volkswagens: Specifically, any VW or Audi model that came with the 1.8-liter four-cylinder turbo. Engine sludge issues, defective coil packs and inaccurate timing belts all conspired to make a long list of models into paperweights, including the Volkswagen Passat, Beetle, Jetta, and GTI along with the Audi A4, S3 and TT models. (VW settled a class-action over engine sludge in 2011.) Transmission issues are also common for most of these models. However, there is an alternative: If you find one with the 1.9-liter turbodiesel TDI engine and a manual transmission, go for it. Those models have outstanding long-term reliability — so long as you maintain them properly.